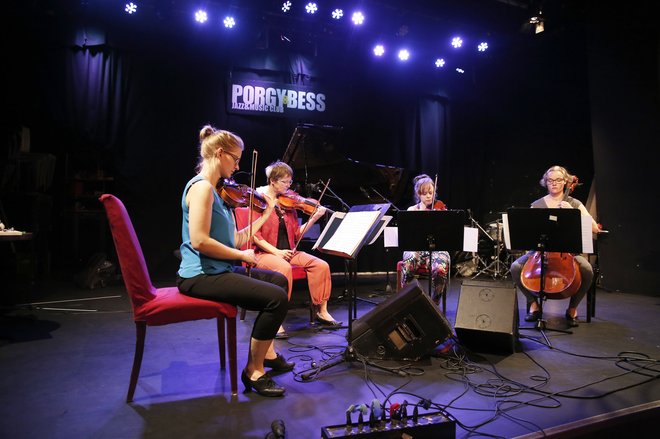 With "Black Angels," George Crumb didn't just write a seminal piece of contemporary string quartet literature. He also inspired the foundation of the legendary Kronos Quartet. The score– a work of visual art in itself– uses nearly every playable facet of the string instruments, as well as many extra instruments such as wine glasses, tam-tams and more.

"Different Trains" by Steve Reich is another important modern work for string quartet. Reich contemplates the day-long train rides he often took as a child travelling from the American east coast to the west coast in the 1940s. Reich examines the fact that, at the same time as he was riding the breadth of America on trains, one of the greatest human tragedies in history was taking place on the railways of Europe.