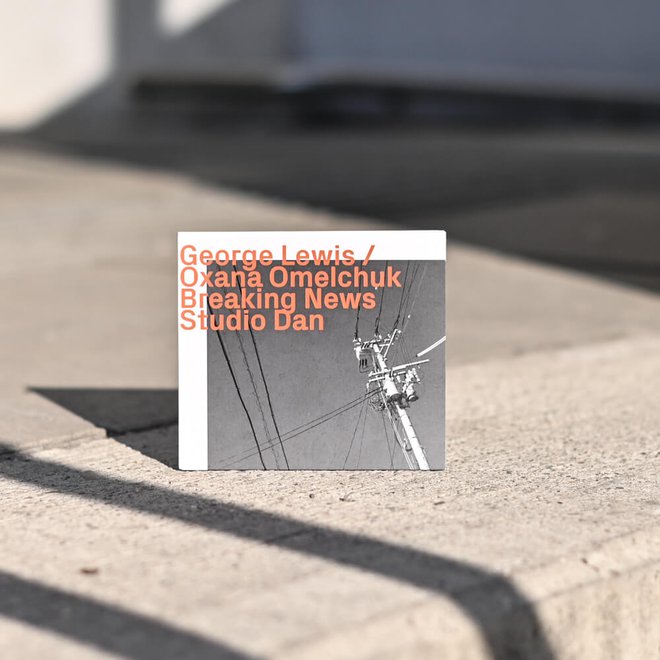 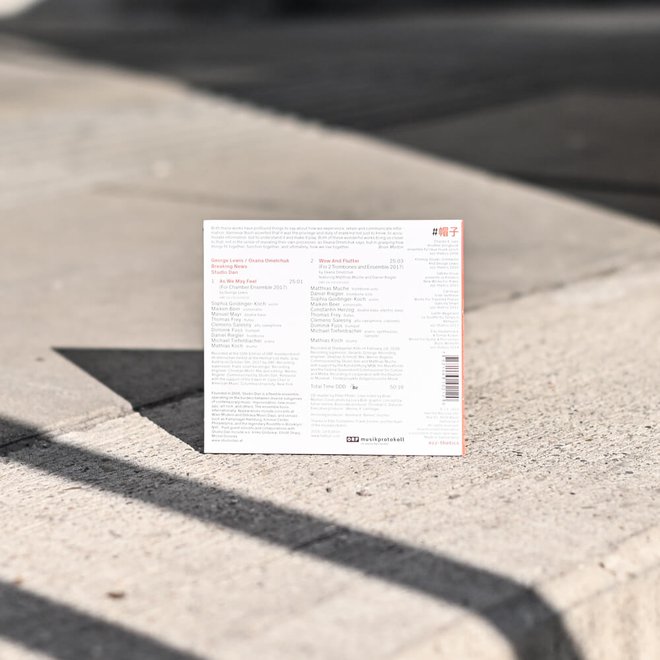 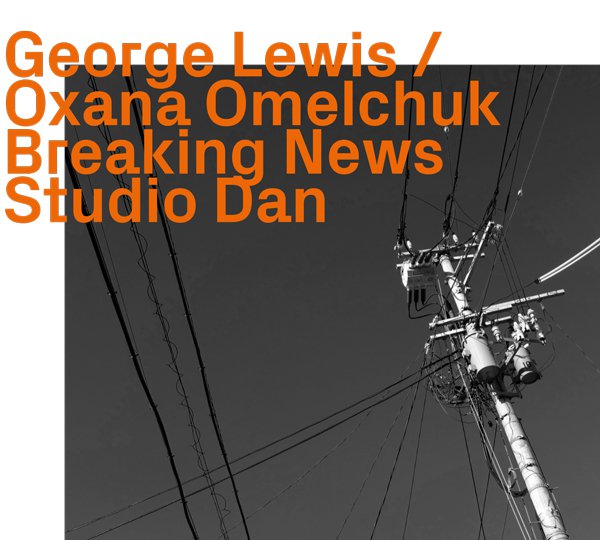 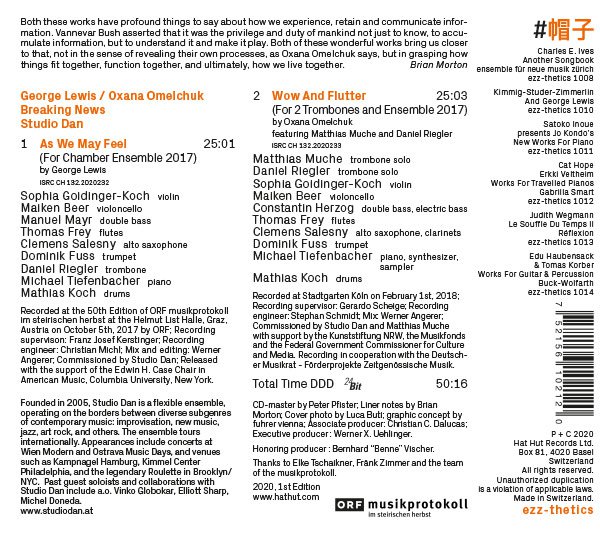 With a highly concentrated program of only two pieces, Studio Dan announced the Breaking News in autumn 2017. On the one hand, it was the original music of the Cologne-based Oxana Omelchuk, and on the other hand, the highly condensed music of AACM icon George Lewis. 2020 the program was released by the legendary Hat Hut label.

Others say
(...) “Both these works have profound things to say about how we experience, retain and communicate information. Bush asserted that it was the privilege and duty of mankind not just to know, to accumulate information, but to understand it and make it play. Both of these wonderful works bring us closer to that, not in the sense of revealing their own processes, as Oxana Omelchuk says, but in grasping how things fit together, function together, and ultimately, how we live together.”
Liner-Notes from Brian Morton

“Though the album is not available on streaming services, excerpts can be heard on an official SoundCloud playlist. Lewis’s 25-minute track culls energy from techniques of classical experimentalism — as well from brass and wind accents that recall Duke Ellington. Omelchuk’s piece also deals with a wide swath of aesthetics. Since her writerly method in this opus is more sectional in nature, her approach is an ideal foil for Lewis’s — making the CD worth the wait for its arrival via snail mail.”
The New York Times, 2020